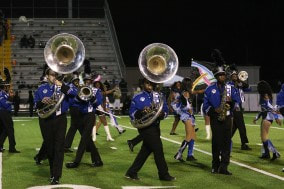 The Marching Cougar Band is an award-winning and entertaining ensemble whose primary performances occur before thousands of fans at the Cougar football games.  Other performances include the Veteran's Day Parade, the Springtime Tallahassee Parade, and the FBA Marching Band Music Performance Assessment ("Festival").  This band consistently receives "Superior" ratings at the FBA Festival.  Membership is comprised of members of the Symphonic Band, Concert Band, and Cougarettes.

The Symphonic Band is designed for our more advanced musicians with emphasis placed on the musicianship skills required for performance of sophisticated literature.  Performances include concerts, MPA's, and festivals.  Private lessons are strongly recommended and expected of advanced players.  The Symphonic Band consistently receives "Superior" ratings at FBA Festivals.  Membership is based on band director placement.  Members must also participate in the Marching Band.

The Concert Band is designed to develop basic fundamentals, technique, and musicianship skills.  Performances include concerts, MPA's, and festivals. After-school time is occasionally required during concert season.  Membership is based on band director placement.  Members must also participate in the Marching Band. Private lessons are recommended. 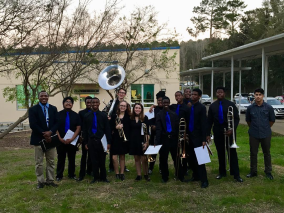 The Jazz Band is designed to give students an opportunity to learn and perform music from the Jazz genre.  Students are exposed to big band, latin, rock, and contemporary styles within the jazz idiom in a setting that emphasizes performance techniques appropriate to the literature.  There are many performance and solo opportunities within this ensemble.  Performances include concerts, MPA's, and various other school/community events.  Membership is based on band director recommendation. 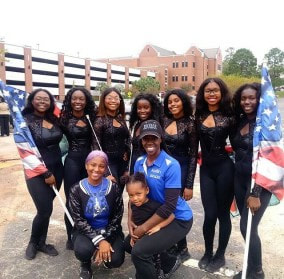 "Cougarettes" is the elite visual ensemble for Godby High School.  All Cougarettes are enrolled in Eurhythmics class at Godby, which teaches movement to music incorporating flags, dance, and rifle.  The Cougarettes travel and perform as a part of the Marching Cougar Band.  After football season, the Cougarettes prepare for Winter Guard, where they compete indoors throughout the state of Florida.  No experience is required to participate in Cougarettes.  Tryouts are held in April after students have an opportunity to learn basic fundamentals.  For more information about tryouts, please contact Coach Tiffany Persall.